Sanke is a three colored non-metallic koi. The term Sanke in Japanese means tri-color, the three colors being white, red and black. This variety has a white base with red (beni) and black (sumi) markings. Sanke, or Taisho Sanke, is a member of the elite Go-Sanke club, along with Kohaku and Showa. As one of the Big 3, Sanke usually earn the majority of honors at koi shows every year. It may be the most popular variety of koi in the hobby due to its elegance and simplicity.

The Colors of Sanke

The Pattern of Sanke

Pattern: The pattern of Sanke is not as critical or clearly defined as other varieties such as Kohaku and Showa. The overall impression of the pattern is what really matters in its appreciation. Symmetry is almost never achieved on a Sanke. The total impact, rather than the actual pattern, is more important when evaluating a Sanke. However, there are still a few rules that apply. 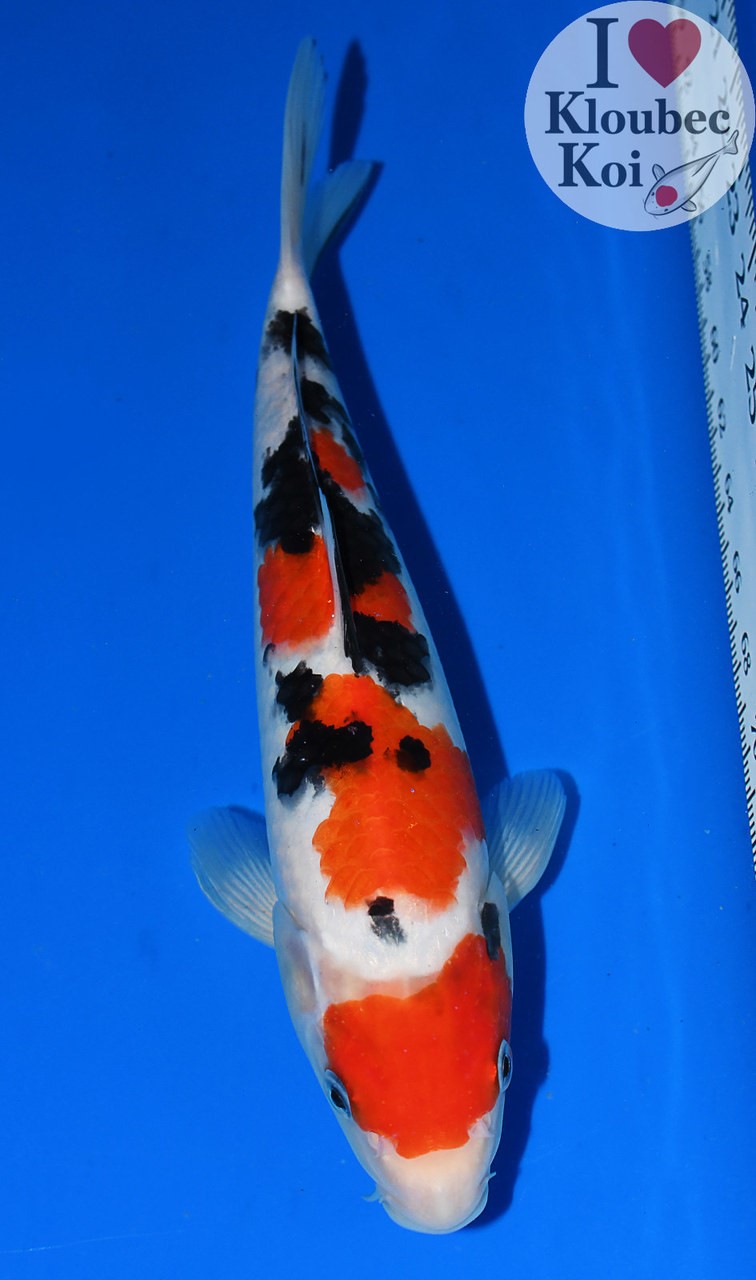 Red makes up the greater part of the pattern on Sanke. Pattern should begin on the head and continue through the body of the fish. Large Hi markings down the length of the koi’s body are preferred. In some cases the Hi plates in the midsection of the koi may extend to, and slightly below, the lateral line. Hi plate designs that are similar to Kohaku patterns are always a favorite. When a Sanke has a singular red patch that is exclusive to the head, it is called Tancho Sanke. When a red spot appears on the head, in combination with Hi patches on the body, it is called Maruten Sanke. When the tip of the nose or lip has Hi present it is called Kuchibeni. Ideally a red marking on the head should not stretch forward to the nose or cover the entire face. Continuous Hi patterns without breaks, or areas of white dividing the red, are not as highly prized as those consisting of several Hi plates, or steps of color. If there were no sumi markings on Sanke it should have a nice pleasing Kohaku pattern. Look for balance of the red markings first then move on to assess the black.

Black, or sumi, is an accent color on Sanke. There are guidelines for where it should and should not be located on every section of the fish. Sumi markings on a Sanke should be relatively small in size compared to the prominent Hi markings. Sumi spots should be few in number and fall only on the body. There should be no Sumi on the head of Sanke. The infrequent Sumi markings should lie only on the top of the back, above the lateral line. Sumi pattern should begin at the shoulder with a prominent sumi spot; have additional markings along the length of the body, and ending before the tail fin. Sumi should not be heavily concentrated in any section, especially beyond the dorsal fin. When sumi is dense near the tail its pattern balance is disturbed. The specific position of Sumi is described by Japanese terms. Black pigment spots that are situated on the red color are called ‘kasane’ sumi. When the black markings rest only on the white they are called ‘tsubo’ sumi. Tsubo sumi is the desired type of sumi on the variety, although, many Sanke will have a combination of both. Additionally, sumi can be present on the fins of a Sanke. It can show up as stripes in any of the fins, but should be very few in numbers.

Remember, that Beauty is in The Eye of the Beholder, so look for koi that you like, regardless of the pre-defined ideal of koi perfection.

For information on Koi identification, and to see illustrations of the varieties, visit our website and the Ellen’s Koi Education tab: http://www.kloubeckoi.com/ellens-koi-education/